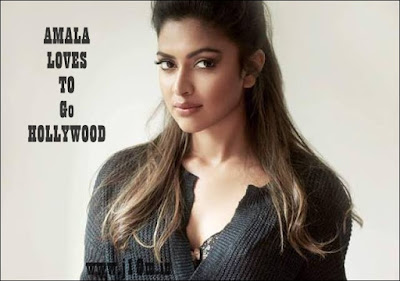 Amala Paul is elated with the response her latest release, Thiruttu Payale 2 has received. And now, the actress is gearing up for her next big release, Bhaskar Oru Rascal that also stars Arvind Swami and is directed by Siddique.

The actress, who is known to break barriers and is bold with her selection of films, talks about how filmmakers need to tell more compelling stories.

"I think the audience is ready, but filmmakers aren't. It's time, we started making bolder films with different subjects.

People say they are fans of Hollywood movies, but when will they start making such films in India? Hollywood doesn't shy away from telling real stories.

There are so many real and compelling stories that we can portray on screen here. Except a few, we usually have movies with a mass hero, who is positive from top to bottom, and who is a crusader of justice.

He loves a girl and the girl has the same expression in almost all the movies that give her this character. What is new in this? The audience has always been open to newer things. So, it is up to filmmakers to give something new.

Even when filmmakers make women-centric films — there is so much more that can be explored. Women-centric stories need not feature a serious woman, a victim, a fat woman or someone who is glamorous.

I am sure there are several genres and stories that can be explored even for a heroine in a big film or in a woman-centric film," says the actress.