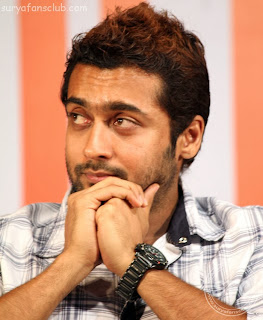 *Suriya wants changes in the script, but the Soodhu Kavvum director says 'no'
*Suriya offers record sum for Nalan, but he puts his foot down
*Vijay Sethupathi walks in as replacement

In an audacious act, one-film-old Nalan Kumarasamy has dropped Suriya from his project after the latter insisted on changing the script. Not many up-and-coming directors can think of turning down an offer from one of Kollywood's biggest stars. But the young director,who shot to national limelight through his debut film Soodhu Kaavum, dared to show Suriya the door, sources in the know told Mirror.

Consequently, the director will helm the same movie with actor Vijay Sethupathi. The film will now be produced by C V Kumar, who incidentally launched Nalan's career as a director.

Tentatively titled Eskimo, the flick was supposed to roll in January. After Soodhu Kavvum became a sleeper hit and even attracted the eyes of top Bollywood film-maker Rohit Shetty, who is set to remake it in Hindi, Suriya asked Nalan to come up with an interesting story to suit his image.

Nalan, who had already commenced work on a script, developed the same and narrated it to Suriya and his brother-actor Karthi. Apparently, it was a tailor-made project for Suriya with dark comedy forming the core.

"Though Suriya and Karthi liked the script, they suggested a few changes to Nalan as they wanted to produce the movie under their home banner. However, after giving it a serious thought, Nalan decided to abandon the project with Suriya as he did not want to compromise with his creative ideas," sources added. To his credit, Suriya tried his best to keep the project in his kitty. In fact, sources say he went out of the way and offered Nalan "a record remuneration" to Nalan, but the latter did not budge.

Recently, Nalan met producer C V Kumar and handed over the same script to him. He reportedly convinced Kumar to produce the movie and Vijay Sethupathi, who shot to fame through Soodhu Kavvum, has been roped in to play the role envisioned for Suriya.

"Like his movies, Nalan, too, is an unconventional person. He will never trade his creative freedom with any actor or producer. He took one week to say 'no' to Suriya. Kumar has promised to produce the movie without any tweaking. The project will go on the floors later this year," revealed another source.

In fact, it was Soodhu Kavvum, which propelled Vijay Sethupathi into the top league of actors in Kollywood. With a record number of 13 movies under his belt, Sethupathi is easily the busiest actor in Kollywood now. But when the director and producer briefed him about Eskimo, he allotted dates for the flick over the rest.

Suriya remains a favourite actor among the family audience, but many the industry say he started interfering with directors/script-writers after one or two projects did not do well as expected. Industry whispers say Suriya had a fall-out with the likes of A R Murugadoss and K V Anand. And recently, he walked out of a Gautam Menon film, citing (creative) differences.